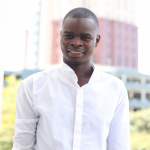 It’s impossible to say one area of the park is better for hiking than another, in fact all areas of the park are best explored on foot. Really, it depends on the hiker’s ability, interests and the time of year. Here are six picks for can’t-miss day hikes, giving you a little taste of all the types of trails, from easy to challenging, all of which will leave you with dreams of longer treks into Yosemite’s fabled back country.

If you can only do a single day hike from Yosemite Valley – and it’s springtime – make this the one. Not only are Vernal and Nevada Falls two of Yosemite’s most spectacular waterfalls, but Yosemite Falls and Illilouette Fall both make appearances in the distance from select spots on the trail. If you prefer a shorter excursion, stop at the top of Vernal Fall. There are two ways to hike this loop: up the Mist Trail and down the John Muir Trail (in a clockwise direction) or vice versa. It’s easier on the knees to climb rather than descend the plethora of steep granite steps along the Mist Trail, so it’s best to go for the clockwise route. Then you can lollygag along the John Muir Trail – which has astounding views of both falls – on the way down. The granite slabs atop Nevada Fall make for a superb lunch spot (as close to the edge as you dare), with the granite dome of Liberty Cap (7057ft) towering above. If you choose to do this hike in summertime, be sure to hit the trail early to avoid the crowds and afternoon heat.

For many visitors, Half Dome is the ultimate Yosemite hike, an achievement to boast about to the grandkids some day. The stand-alone summit of this glacier-carved chunk of granite offers awesome 360-degree views, and peering down its sheer 2000ft north face offers a thrill you’ll remember the rest of your life. But unless you get a crack-of-dawn (or earlier) start, you’ll have people aplenty to deal with. Most importantly, advance permits are now required for day hikers and the cable route to the summit is only open late May to mid-October. Ideally, Half Dome is best tackled in two days, allowing you more time to rest up and enjoy the gorgeous surroundings, but if you do attempt the hike in a single day (and many do), be ready for some serious exertion, get an early start, pack a lot of water and bring a flashlight, because you may wind up hiking home in the dark.

The trail follows the Vernal & Nevada Falls route (above) and continues through Little Yosemite Valley. The twin steel cables are draped from posts bolted into the granite on the final 600ft ascent up an exposed 45-degree rock face. There are gloves available to protect your hands, and intermittent wooden cross-boards provide footholds. A trip in light crowds takes only 15 minutes, but on crowded cables (or if you’re jittery) expect it to take much longer. Sharing the road will be your biggest challenge. The summit itself is fairly flat and about 5 acres in size. From here,  enjoy amazing views of Yosemite Valley, Clouds Rest, Mt Starr King and the Cathedral Range. As tempting as it is to linger, watch the time to avoid a hazardous descent in the darkness.

Few – if any – trails in Yosemite bring you as close to the shower and roar of a giant waterfall as this one does to Wapama Falls. In springtime, after a good snowmelt, the falls can rage so mightily that the NPS occasionally has to close the trail itself as water rolls over the bridges. On your way, you’ll pass the wispy Tueeulala Falls (twee-la-la), which spring spectacularly from the cliffs from more than 1000ft above the trail. All the while, Hetch Hetchy Dome (6165ft), on the north shore, and the mighty Kolana Rock (5772ft), on the south shore, loom over the entire scene. Kolana Rock’s vertical north face provides nesting sites for peregrine falcons, once close to extinction but now present in healthier numbers.

At the park’s geographical center, Mt Hoffmann (10,850ft) commands outstanding views of Yosemite’s entire high country. The broad summit plateau offers a superb perspective, a vista that drew the first California Geological Survey party in 1863. They named the peak after Charles F Hoffmann, the party’s topographer and artist. The first peak climbed in Yosemite, Mt Hoffmann remains one of the park’s most frequently visited summits.Alternatively, some hikers go no further than May Lake (9350ft), on the High Sierra Camps loop, a pristine mountain lake that cries out for a shoreline picnic. It alone is a satisfying destination, with great views of Half Dome, Cathedral Peak, and Mt Clark along the way. The hike takes only about 30 to 40 minutes in each direction, and if you have a wilderness permit you can overnight at the nice backpackers’ campground next to the May Lake High Sierra Camp.

If you can only manage one hike in Tuolumne, this should probably be it. Cathedral Lake (9588ft), the lower of the two lakes, sits within a mind-blowing glacial cirque, a perfect amphitheater of granite capped by the iconic spire of nearby Cathedral Peak (10,911ft). From the lake’s southwest side, the granite drops steeply away, affording views as far as Tenaya Lake, whose blue waters shimmer in the distance. Although it’s only about two hours to this lower lake, you could easily spend an entire day exploring the granite slopes, meadows and peaks surrounding it. Continuing to the upper lake (9585ft) adds less than an hour to the hike and puts the round-trip walk at 8 miles, including the stop at Cathedral Lake. Admittedly, the upper lake is less spectacular when measured against the lower lake, but by all other standards it’s utterly sublime.

For those unable to visit Half Dome’s summit, Sentinel’s summit (8122ft) offers an equally outstanding 360-degree perspective of Yosemite’s wonders including Cathedral Rocks and El Capitan in the west, Yosemite Falls in the north, and Mt. Starr King, as well as Clark Range in the east . A visit at sunrise, sunset or during a full moon is spectacular. You can also combine a trip up Sentinel Dome with a walk to Taft Point and the Fissures, an equidistant hike from the same trailhead, or combine the two to form a loop via the solitary Pohono Trail.

Tags: Around the World Interests Life
Previous Post Who Is Satoshi Nakamoto, the Creator of Bitcoin?
Next Post The Future of Design is Simplicity